Skip to content
Home › Amphibians › Why Do Frogs Scream? 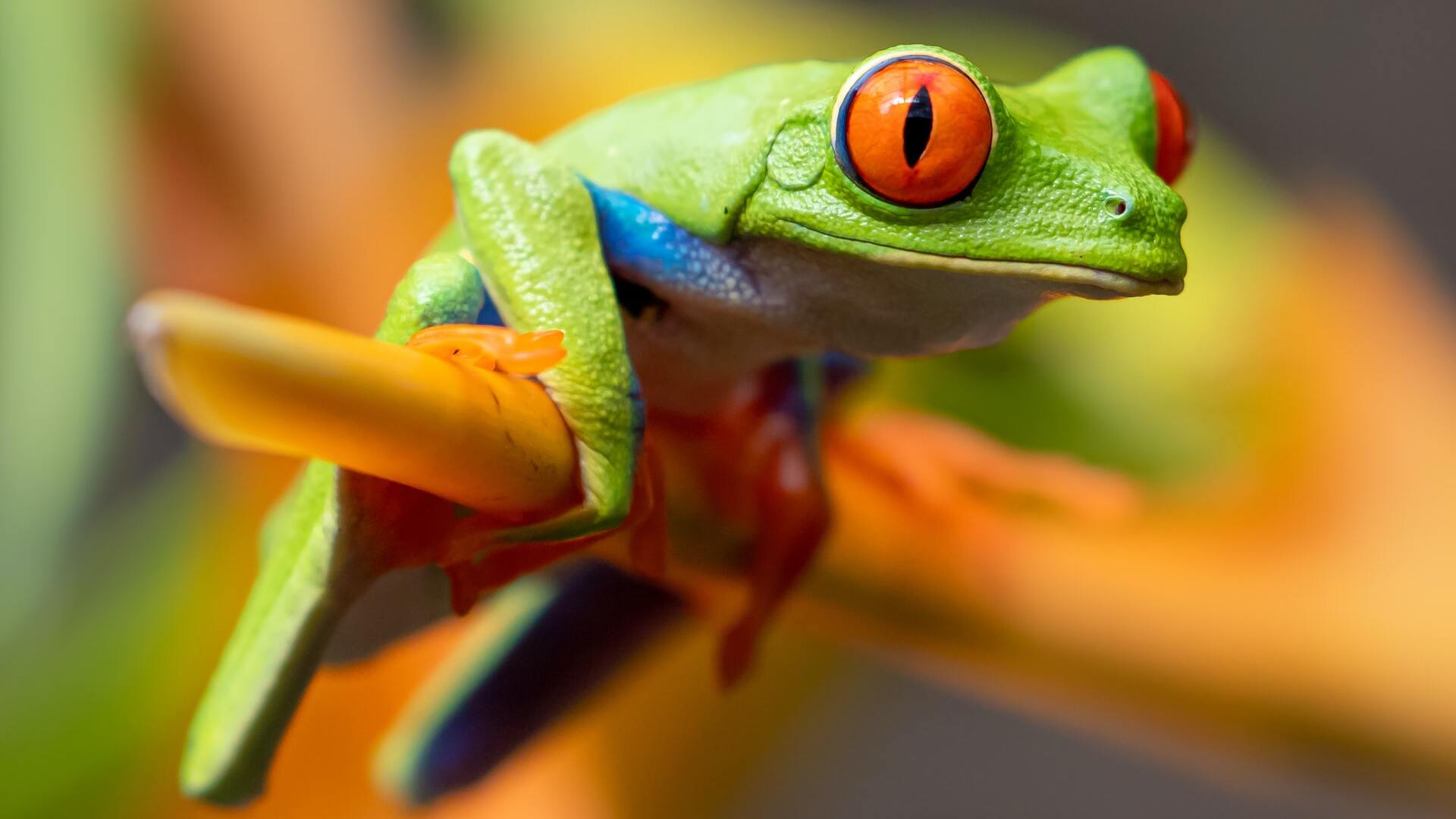 Frogs are known for their distinctive mating calls, but why do they scream? Keep reading to learn more about this surprising behavior.

When threatened, some frogs emit a sound that many describe as screaming. Most often frogs scream to scare away predators and distract them. However, different frog species have different defense mechanisms, therefore, species use their ability to scream for different reasons.

When a frog screams it can resemble the sound of a crying child, begging the question -why? Biologists speculate that the scream may be more than a deterrent to scare predators away and could also serve alternative functions in protecting the frog. Today we’ll be discussing the facts behind why frogs scream, special qualities of screaming frogs, and theories associated with this defensive instinct.

Facts and Findings on Why Frogs Scream

It’s been observed that many frogs will vocalize when they are threatened, captured, touched, or held. The types of vocalizations can vary by species and its common to meet a screaming frog in many parts of the world, making this aggressive behavior a widespread phenomenon.

When a frog screams its communicating that it feels threatened and wants out of the current situation. (As opposed to a mating call, only used in breeding season when courting other frogs.) Often a frog will scream when cornered in its habitat, in the hands of a keeper, or in the jaws of a predator. There are other behaviors frogs exhibit when they feel intimidated but screaming is one of the most effective tools a frog has when competing with a larger animal.

Unlike toads, most species of frog don’t possess toxic glands as a defense mechanism. While some frogs are equipped with stunning patterns and colors to warn a potential predator, frogs that scream are often camouflaged. When screaming achieves the desired effect it allows the frog an opportunity to hide or flee to safety.

Video evidence of screaming frogs is abundant and showcases wild captured and captive bred animals demonstrating the behavior. Dissimilar to a mating call or croak, the scream is not a distinctly amphibian sound. It’s not uncommon for people who are unaware of the frogs’ unique ability to mistake the frog screams for human baby cries.

The shrill nature of the scream is not only effective at deterring predators- it can also startle an attacker into releasing the frog if it has already been caught. A captured frog does not have very many options so screaming is one way they can distract the animal trying to eat them. Screaming suddenly while in a predator’s mouth can startle the predator into letting go of the frog and create a window for escape.

One extraordinary example of screaming frog behavior in captivity belongs to Budgett’s Frog, a species native to parts of South America. This species is sought out by amphibian collectors and popular for its transformative appearance and screaming ability.

When this frog feels threatened it puffs up its body to twice the normal size and screams at the attacker, often launching itself at the threat. It has been observed attempting to bite opponents while exerting a long scream. This frog demonstrates most of the different defensive behaviors available to amphibians all at once making the display a sight to not only behold, but hear as well.

In the wild American Bullfrogs are known for their ability to make a noise like a human scream. These frogs are a part of the culture in the swampy wetlands of the Southern USA and are hunted for their leg meat by some. When either picked up or trapped the frog emits a high-pitched scream.

It’s widely believed that a screaming frog is a warning to other frogs in the area. It’s been observed that other prey goes into hiding after hearing a frog’s distress call. In an attempt to keep one frog from alarming the rest that there are hunters in the area, it’s traditional to sneak up on the American Bullfrog in the cover of night.

Theories on Why Frogs Scream

Screaming could also serve another defensive function for frogs. According to one theory not only are screaming frogs trying to startle the offending party and alert other nearby frogs to danger, the vocalization could also be trying to attract even bigger predators to the scene.

Even before fully developing into a frog, screaming could serve a purpose in defending a tadpole from being harmed. One study’s findings suggest that some frogs begin screaming as early in the life cycle as the larval stage.

According to Dr. Guillermo Natale of the National University of La Plata in Buenos Aires, Argentina, horned frog tadpoles can exert a short, “metallic scream” that lasts .05 seconds. This screeching noise made by tadpoles is theorized to have developed for a different purpose than screams for its matured version.

It’s believed that these larvae evolved the vocal behavior in order to avoid accidentally cannibalizing each other, as the horned frog species observed has been known to do. Although the tadpoles have yet to emerge as froglets they still have partially developed lungs- metamorphosis does not get in the way of these eager screamers!

There are a variety of frogs who scream as a defense mechanism. When a frog is threatened or put in a situation where it may be eaten it can express fear and discomfort through a scream. Because these frogs lack the same defensive adaptations other amphibians have, screaming is a vital survival instinct they must use to preserve themselves. Not only does the scream startle the predator but it can also motivate it into releasing the frog if caught.

Some frogs are known for their ability to scream, such as Budgett’s Frog and the American Bullfrog. These animals use their scream and other defensive behaviors to discourage an attack or escape from a predator. The sudden screech of a threatened or captured frog is shrill and can surprise not only the predator, but also alert any other nearby prey that there’s danger in the area.

Theories suggest that frogs scream for other reasons, such as summoning higher-ranking predators to engage the frog’s attacker. It’s unknown for certain whether frogs scream only to deter predators or whether the scream is also meant to draw the attention of other animals but there are some that suggest both could be true. Other research suggests that frogs can begin a form of screaming as early as the larval stage, with the noise meant to deter tadpoles from cannibalizing one another. When a frog screams it’s a way of protecting themselves and communicating with their environment.

Hi! I’m Katie, an animal keeper from the United States. I have been caring for turtles, tortoises, amphibians, and other species for over 15 years. This is my rescued Sulcatta Tortoise, named Reggie.