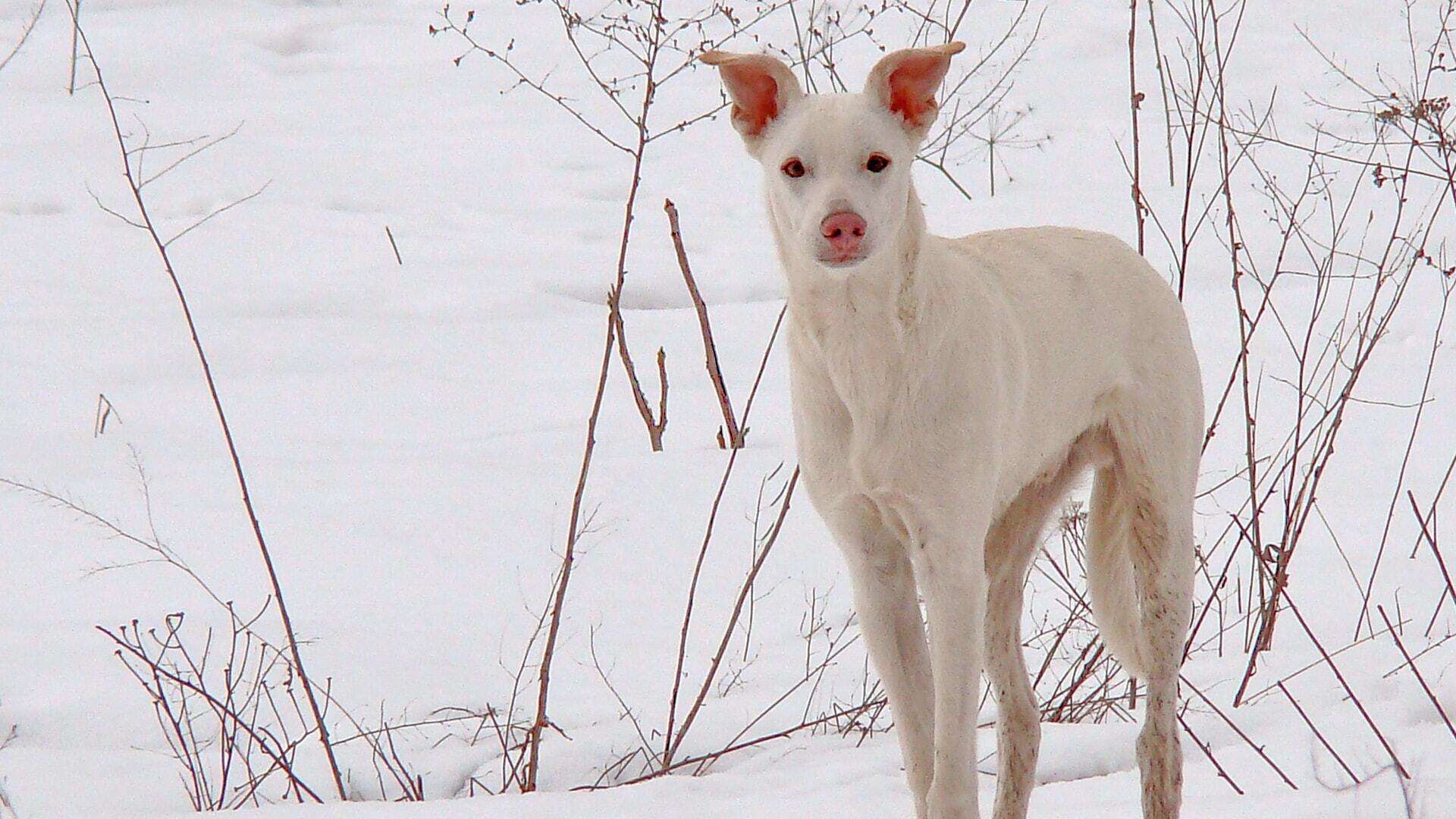 In this article, I’ll present all the important facts and information about the White Doberman. I’ll begin with discussing the history of the breed and how it was first developed. Next, I’ll discuss the controversy that surrounds this breed. You’ll also learn about this breed’s personality and appearance. Finally, I’ll discuss how to take care of a White Doberman and the common health issues that it faces.

The History of the White Doberman

Why Are White Dobermans Controversial?

After years of research, the DPCA realized that the White Doberman had health problems that were considered notable. The members of the DPCA then asked the AKC to request limitations on the White Doberman. The AKC disagreed and refused to place any restrictions on registering White Dobermans.

In June 1994, the AKC decided to all track all the dogs that descended from Sheba and identified what’s called as the “Z factor” which causes the coloring of the White Doberman. The AKC decided to do this in order to inform breeders and buyers that the White Doberman’s coat color is caused by a certain gene. Although they still refuse to place any restrictions on the breed, they are at least transparent about what causes the coat color and that this breed has health problems.

According to the DPCA’s research, White Dobermans have sensitivity to light, the tendency to develop deafness, behavioral problems, and are more prone to tumors than other Doberman Pinschers.

Are White Dobermans White or Albino?

It’s important to note that albinism is a spectrum with multiple forms and subtypes. The White Doberman is what’s known as a “tyrosinase positive albino” which is also called oculocutaneous albinism type 4 (OCA4). This type of albinism is evident in the White Doberman’s pink skin, white fur, blue eyes, and characteristic health issues.

According to years of study, biologists and pathologists have found that to produce a White Doberman, a dog must carry two of a gene called SLC45A2. This means that both of its parents must have the gene to produce puppies with a white coat. Some Doberman Pinschers carry this gene but have normal colored coats.

Many advocates of the White Doberman deny that White Dobermans are albino because they believe that white is simply a coat color. They also deny the breed’s albinism because they don’t want the stigma of the breed having health issues. However, it’s important to know that White Dobermans are albinos because having the albino gene does, in fact, come with health problems. This fact is based on years of research conducted on the breed by various certified pathologists, geneticists, and dog breeders. It cannot be denied that the White Doberman is an albino dog because dog owners should know how albinism affects this breed’s health.

Dobermans were originally bred to work for police departments and militaries and eventually even became popular among junkyard owners, drug dealers, and dogfighting rings. The breed was initially popularized by its aggression but thanks to responsible breeders, the number of aggressive Doberman Pinschers has significantly reduced.

Today, Doberman Pinschers are great family pets that only act protective and sometimes aggressive and necessary. This breed functions better as a family pet, showing great affection for its families. Doberman Pinschers even get along great with small children but should still be supervised because it is a large breed.

However, since I’m talking about White Dobermans, you should know about this specific breed’s personality traits. A White Doberman owner named Evie Foggy once wrote a letter to the DPCA and AKC about her own experience with owning a White Doberman.

Her letter described her White Doberman as initially being a timid and lovely dog when she first purchased it. However, as time passed, the White Doberman began showing aggressive behavior. It would snap at her husband often and even exhibited food aggression.

After this attack, Foggy had to go to the emergency room to get stitches and have her puncture wounds treated. Foggy and her husband then decided to have the White Doberman put down due to its aggression. Due to these incidences, Foggy wrote to the AKC and DPCA and made it clear that she believed that the White Doberman should not be bred and should not receive AKC standing.

White Dobermans have short and slick coats complements their strong builds. Their fur is glossy and shines in natural light. Their heads are wedge-shaped, and their skulls are flatter than most breeds. Your White Doberman will have pointed triangular ears and a long tail that curls upward. Based on AKC standards, the tail and ears should be cropped but most Doberman owners choose to leave their dog’s ears and tail intact.

Take Care of a White Doberman

If you intend to have your own White Doberman, it’s important that you know how to take care of one. This breed has special needs when it comes to its health. This breed might not be suited for first time owners not just because of its health issues, but also because it’s a large breed that can be hard to manage.

Below is a table comparing different brands of dog food to feed your White Doberman puppy:

Below is a table comparing different brands of dog food to feed your adult White Doberman:

You should regularly brush your White Doberman’s teeth. Ideally you should brush it with a pet-friendly toothbrush once a day, but once every two or three days should suffice. If your White Doberman is averse to toothbrushes and you want to avoid triggering its aggression, you can use water additives. Simply pour a capful in your dog’s water dish. Water additives help break down plaque in your dog’s teeth and gums and keep its breath fresh.

Since the White Doberman is a large dog, it will need lots of regular exercise. White Dobermans typically need about 90 minutes of exercise a day. These dogs love to play outside so you can easily get your dog to exercise by taking it for long walks, hikes, or trips to the dog park.

You will also need to make sure that your dog is protected from the sun. White Dobermans are prone to sunburns because of their albino condition. You can use a skin protector spray whenever you take your dog outside. The skin spray will help protect your White Doberman from the sun’s harsh rays. Your White Doberman should never go outside during the early afternoon because that’s when the sun is at its hottest.

White Dobermans are also prone to eye issues when exposed to too much sunlight. To prevent this, you can have your White Doberman wear a baseball cap for pets to keep the sun out of its eyes. Make sure to get it in the size that fits your dog. Your White Doberman might not like the cap at first, but it will get used to wearing it over time.

Unlike other Standard Doberman Pinschers, the White Doberman faces its own variety of health problems. Most of these problems come from the breed being albino and exist only in this breed. This is one of the most prominent arguments against breeding this dog and it’s important that you are aware of the different health problems that a White Doberman can have.

Common health issues that White Dobermans are susceptible to:

Since White Dobermans lack melanin in their skin, they have extremely sensitive skin. Melanin protects dogs from solar radiation which can lead to sunburns and skin cancer. The common symptoms of skin sensitivity include fur loss, dry patches, and excessive scratching.

You can help with your White Doberman’s skin sensitivity by keeping it from sun exposure. It’s good to have your dog go outside only when it isn’t bright out. It also helps to dress your pet in bodysuits and hats to protect its skin from the sun’s rays. As mentioned earlier, you can also use sunscreen for pets.

Photopohobia is also known as light sensitivity. White Dobermans have blue eyes and clear irises that make them hypersensitive to light. If left unmanaged, your White Doberman can develop vision problems and even blindness.

Sunburn occurs when your White Doberman has been exposed to too much sunlight. It is a skin condition wherein your dog’s skin becomes inflamed, itchy, and sensitive. The main symptom of sunburn is having a pink spot on the dog’s coat that isn’t usually there.

When a White Doberman is left unprotected from sunlight, it can easily develop skin cancer. Skin cancer, also known as melanoma, is a form of cancer that controls the pigment in your dog’s skin. The symptoms of melanoma include raised lumps in the skin or mouth and swelling on the mouth, toes, or skin.

The treatment for skin cancer varies depending on the severity of the disease. Your veterinarian may recommend chemotherapy for your dog if it’s found in the early stages. However, if it’s found in the later stages, your dog’s chances of survival are much lower and it will probably need some form of surgery to remove the cancer.

The treatment for tumors in White Dobermans will depend on the type of tumor and where it’s located. Squamous tumors are normally treated using surgery. Mast cell tumors are often treated using chemotherapy. Unfortunately, if your dog is found to have a tumor, you can expect that your dog’s prognosis will be bad. Treatment for cancerous tumors is also awfully expensive so most owners cannot afford to have it treated.

Studies have found that there is a strong correlation between deafness and the White Doberman’s albino condition. George Strain was able to determine the exact pigmentation patterns that related to hereditary deafness in dogs and it includes albinism. The symptoms of deafness include not responding to sounds, being easily surprised, and low awareness of surroundings.

The White Doberman’s brain functions are affected by their lack of melanin. Having a melanin deficiency also gives these dogs a lack of specific receptors in their brain. The symptoms of neurological problems include unpredictability and sudden aggression.

Although the White Doberman is a beautiful dog, I believe that it’s a shame that it continues to be bred. Multiple studies have shown that the White Doberman has a long list of health issues and yet breeders continue to produce these dogs just because of the rarity and appearance of its coat.

I completely agree with the DPCA’s decision to ask the AKC to remove the White Doberman’s status as an official color of the Doberman Pinscher because White Dobermans are albino and not just white dogs. These irresponsible breeders prioritize making a profit rather than producing dogs that can live long and healthy lives. Although the AKC has admitted that they are in fact albino and actively trace all the White Dobermans that descend from Sheba, they should put more limitations on the production of this breed. Today, there are still White Dobermans that are available for purchase from different breeders.

If you are interested in having your own White Doberman, you should at least know about what it takes to take care of one. These dogs should not go to just any pet owner because of their specific health needs. Just as one of its owners described, these dogs can easily become aggressive because of their health issues and that is something that all dog owners should consider.