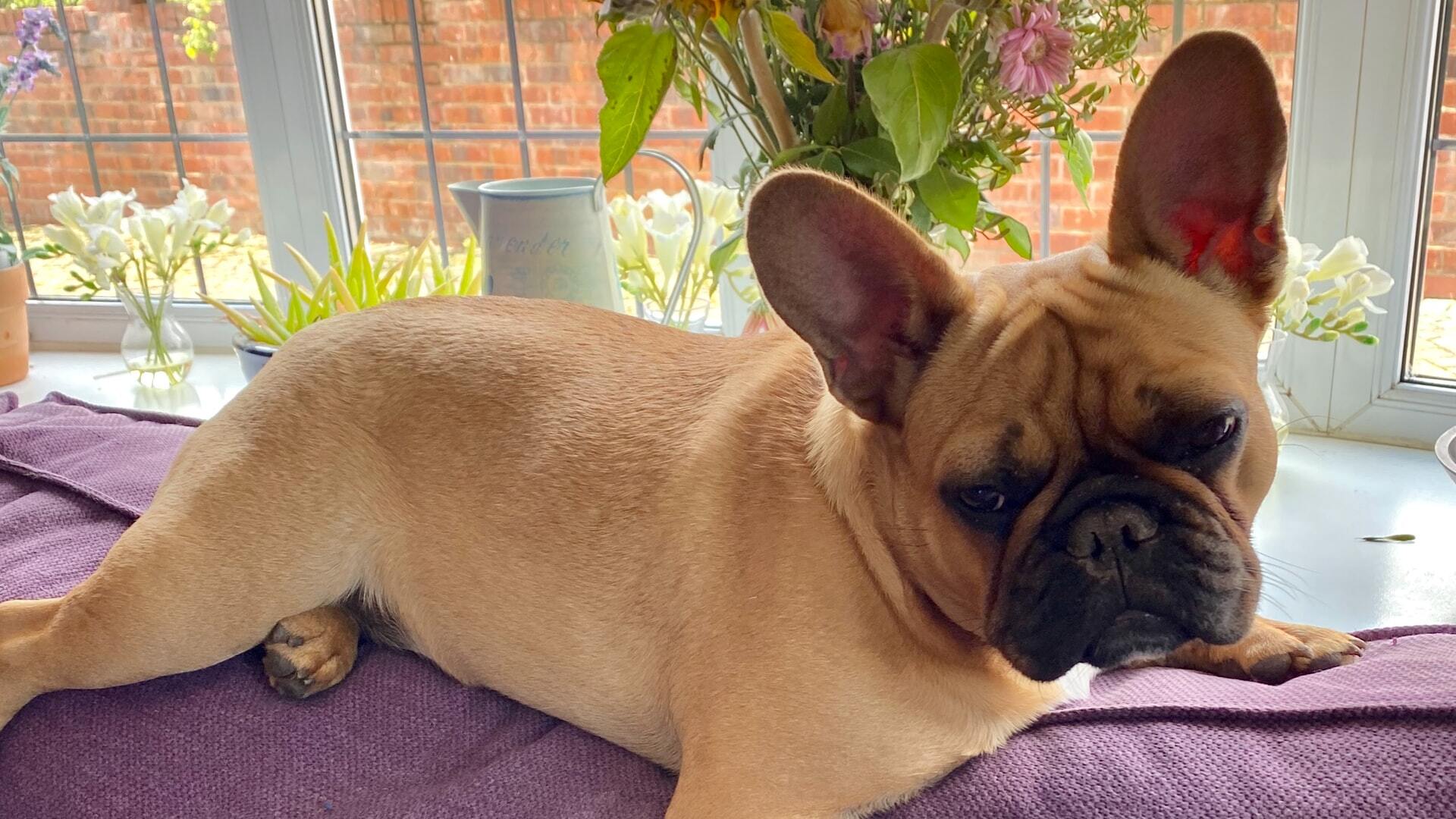 What tailless dogs lack in their backs, they make up for in adorableness. There’s nothing cuter than a dog wiggling its entire back!

Here are the most popular tailless dogs:

This article will talk about the brief history of the 8 tailless dogs mentioned above and why they don’t have a tail. Some of these breeds are actually born with a short tail, which is called a nub. Dogs end up with them because of selective breeding. Dogs that don’t have a tail at birth or ones that are born with short tails are called “bobtail breeds.” Let’s take a look at these 8 tailless dogs in detail.

The Croatian Sheepdog is an energetic and intelligent dog whose origins can be traced to the 14th century when their ancestors were used as herding dogs by Croats. In the past, these dogs were born with a long tail that was often docked short. Docking was mostly done for aesthetic purposes in the past.

The docked tail in adult males used to be about 4 cm long. When docking became illegal in Croatia (presumably sometime in the 20th century), selective breeding became a popular method to get rid of the tail. Today, Croatian Sheepdogs are mostly born with either no tail or a tail that’s very short.

These dogs are known for their loyalty to their owner. Older Croatian Sheepdogs tend to have a very hard time warming up to a new master. Thanks to their herding instincts, they make a great watchdog, but without having anything to do, they might become restless and anxious. If you’re planning on getting the Croatian Sheepdog, then keep in mind that they require a lot of work.

There’s an interesting history behind why Corgis used to be docked. A companion dog that had a tail was considered a luxury in the United Kingdom and had a tax which resulted in people docking their Corgis to show that they were herding dogs.

The Corgis require a moderate amount of exercise and taking care of them is easy since they have minimal grooming needs. In the U.K., they were considered a “vulnerable” breed because their popularity declined after tail-docking was banned in 2007, but thanks to the popular TV show The Crown, they were removed from the “At-Risk” list in 2018.

The French Bulldog is born with a very small tail. Historically, they were mostly used for dog fights. To avoid any injuries, they were bred to have shorter tails, and eventually, this became the norm. In fact, if a Frenchie is born with a long tail now, it’s considered a defect.

The French Bulldog is perhaps the most popular dog breed that doesn’t have a long tail. These dogs are incredibly affectionate towards their owner and if they’re left alone for a long period of time, they can develop separation anxiety. They are often referred to as a “clown dog” because of their jolly personality.

The Brittany Spaniel is mostly born with a short tail, but sometimes they’re born with no tail at all. In very rare cases, they’re born with long tails, but they’re usually docked short. Historically, the Brittany was used as a hunting dog because of its high receptivity to training. They can be quite shy if they’re not socialized during the early years of their lives.

The reason behind these dogs having short tails isn’t clear. Some believe it’s because they’re bred with other Spaniels, but some are of the opinion that it’s a result of natural mutation. What we do know is that these dogs have had short tails for a very long time, because the first written description of their “bobtails” dates back to 1850.

If you train them well, they grow up to be excellent companion dogs and you’ll find yourself living with one of the friendliest dogs on the planet. They require at least an hour of exercise every day and if their exercise needs aren’t met, they can become overactive.

The Bourbonnais was known as a “short-tail pointer” in the past. It’s usually born with a very short tail or no tail at all. The gene that’s responsible for giving this dog their short tail is the same gene that’s found in the Brittany Spaniel.

The Bourbonnais almost went extinct after World War 2 because a group of breeders that was dedicated to reviving the breed published standards that were considered too strict. The dog had to be born naturally without a tail and it also had to adhere to some color requirements. The breed declined in popularity in the mid-1900s, but after the standards were relaxed in the 80s, it saw a considerable increase in its popularity.

The Bourbonnais doesn’t require a lot of grooming, but because it’s a hunting dog, it might not like living in an apartment. While the dog does enjoy living with people, it needs a lot of space and requires daily exercise.

While the docked tail is considered the standard for the Brazilian Terrier, they’re often born without a tail. They can also have long tails. Their origins are unclear, but one theory says that they are the descendant of Jack Russell Terriers, Parson Russell Terriers, and Fox Terriers which were all brought to Brazil from Europe.

Similar to the Bourbonnais, the Brazilian Terrier also has an aversion to small living spaces, so they might not be the right dog for you if you live in an apartment. They’re active and energetic dogs and have quite high exercising needs.

They have a habit of becoming destructive if they’re left alone and their exercising needs are ignored. They must be trained properly from an early age, otherwise, it can become hard to keep them under control. One thing that sets the Brazilian Terrier apart from other Terriers is their strong hunting instincts. They make excellent watchdogs and will bark whenever they come across something or someone that they think requires your attention.

The Boston Terrier is born with a tail, but it’s very short. Their short tail is commonly known as a “nub” and is one of their standard traits. If a Boston Terrier has a long tail or tail that’s been docked, they can’t be registered and they’re not considered purebred.

Their short tails are usually curly or straight. Sometimes they’re in the shape of a corkscrew and they’re never longer than 2 inches in length. Other than their short tails, another popular feature of the Boston Terrier is its large, round eyes.

The Boston Terrier is easy to train since they have a people-pleasing nature. They’re territorial dogs and might show aggressive behavior towards other animals and even humans. Unlike some of the other dogs mentioned in this article, the Boston Terrier is perfect for people who live in apartments for these three reasons:

They don’t bark much and are usually very quiet.

They’re friendly and if you train them properly, they’ll enjoy being around children and other animals.

They have moderate exercising and grooming needs so you don’t need a huge yard for them. As long as you take them on a walk every day, they’ll never give you any trouble.

As you can tell by the name, the Australian Stumpy Tail Cattle Dog is born with a stumpy tail that’s usually 4 inches in length (or 10 cm). They’re sometimes born without a tail. There are several theories that explain the origin of this dog, but the most popular one says that they are the descendants of Halls Heelers.

People often train these dogs to compete in herding events because of their herding instincts and they’re working dogs so they require consistent training. They have to be socialized at an early age so they can learn to get along with other dogs and humans.

Well, these are the 8 dogs that are born without a tail. Many of these breeds are born with a short tail that looks as if it’s been docked. Docking was a common practice in the past that was mostly done for aesthetic purposes, but now it’s illegal in most countries. After docking became illegal, many dogs that were once docked were selectively bred to have short tails or no tail at all.

For many dogs, a short tail (or no tail) is considered a standard characteristic without which they can’t be registered. Most of the dogs featured in this article are friendly and all of them are adorable even without a tail.

They’re highly affectionate towards their owners, receptive to training, and have minimal exercising and grooming needs (except the Croatian Sheepdog), so no matter which dog you decide to get, you can rest assured you’ll be getting a loyal canine friend who’ll always be there to put a smile on your face with their wiggling bodies.