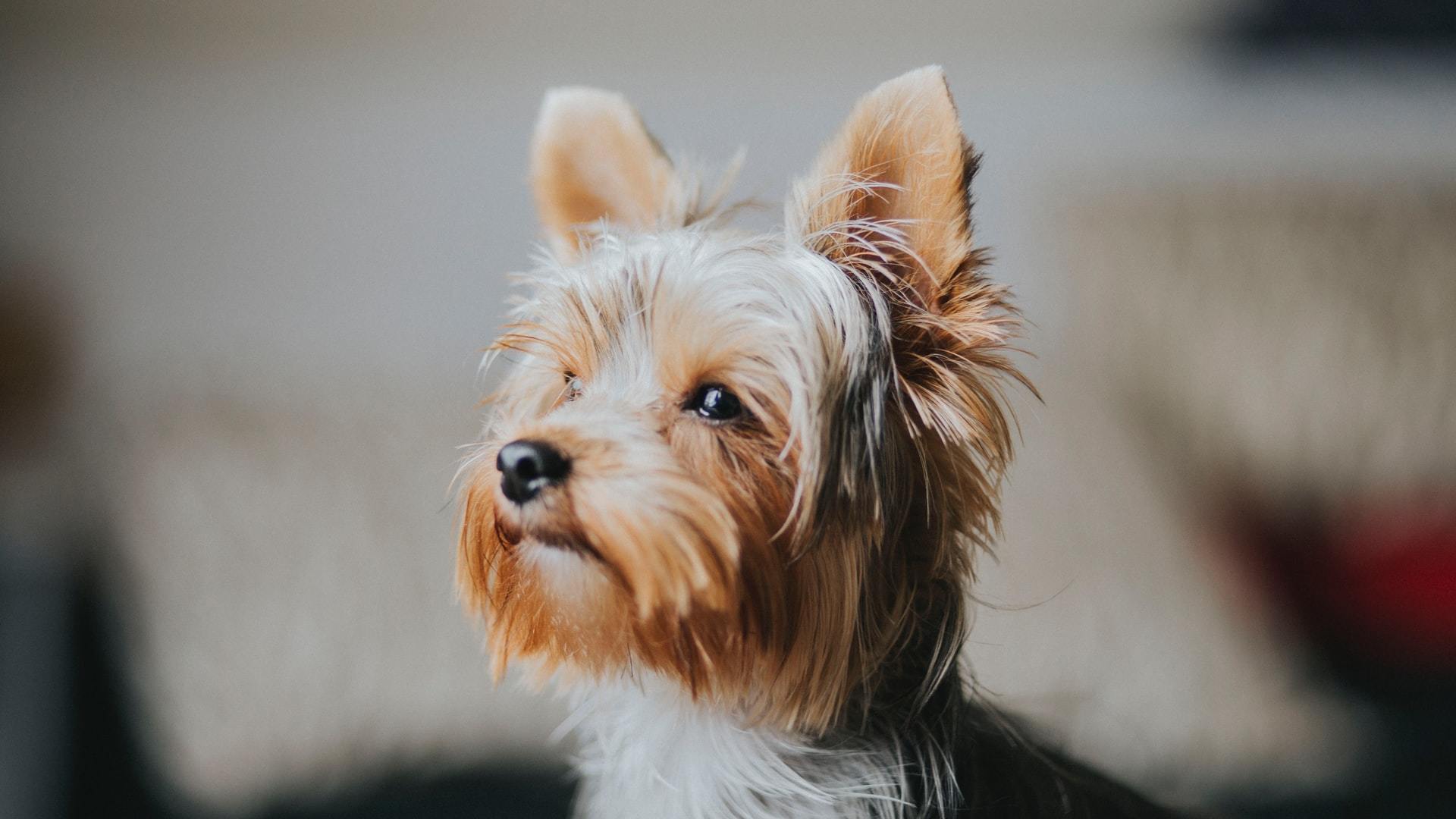 The Parti Yorkie is a unique and colorful dog. Find out more about this special breed, such as its personality and traits, here!

The History of the Parti Yorkie

There is also a fair amount of controversy surrounding the Parti Yorkie. It is difficult how the coat color came to be, but it’s believed that the gene for a tri-colored coat entered the Yorkshire Terrier’s ancestry in the 17th century when various male dogs were able to breed with female Yorkshire Terriers.

In the 19th century, a book about toy dogs was published and described Parti Yorkies as “White Yorkshires” and claimed that they are an undesirable variation of the Yorkshire Terrier. Parti Yorkies were described as a dog that is white and broken haired with blue and other markings.

Now that the Parti Yorkie’s coat color has been recognized by the AKC, there has been a slow continuous increase in breeders that try to produce Parti Yorkie puppies.

Is the Parti Yorkie a Purebred Yorkshire Terrier?

It’s difficult to prove whether Parti Yorkies really were produced by crossbreeding Yorkshire Terriers with Maltese dogs, so they can’t be considered as designer dogs or mixed-breed dogs.

When Yorkshire Terrier breeders began euthanizing and giving away Parti Yorkie puppies, a breeder named Gloria Lipman discovered them and refused to kill the puppies. She then met someone named Loryn Bogren who also believed that Parti Yorkies shouldn’t be euthanized.

The Parti Yorkie makes for a great companion pet. They’re known to have lots of energy and personality. Parti Yorkies are known to be affectionate, intelligent, and alert. These tiny dogs are protective of their owners because they form such strong bonds with people.

However, Parti Yorkies are also prone to what’s known as Small Dog Syndrome. Small Dog Syndrome is a set of behaviors that most small breeds usually develop. It’s characterized by behaviors like jumping up at people, aggression towards other dogs, especially larger ones, barking at strangers, and begging for food.

This syndrome is usually caused by the way that most dog owners treat their small dogs. Since small dogs are tiny and adorable, their owners tend to spoil them and give these dogs anything they want. This conditions small dogs to become demanding and used to getting their way.

Parti Yorkies make for excellent watchdogs because of their tendency to be alert. They are wary around strangers and protective of their homes and families. Since they are alert, it’s important for Parti Yorkies to be socialized early on to help them get used to new people and other animals.

The Parti Yorkie is also easily threatened by larger dogs so it helps to introduce your Parti Yorkie to larger dogs while it’s young. This will help alleviate any fear and aggression it might have towards bigger dogs and help it understand that a difference in size isn’t a threat.

The Partie Yorkie has a small head and medium-length muzzle. Its teeth are straight and meet in a level bite. It has round medium-sized eyes that are normally around the same size as its black nose.

Parti Yorkies have triangular pointed ears that sit on either side of its head. Their paws are round and they have black curved toenails. Parti Yorkies are usually born with dewclaws but most breeders have them removed while they’re still puppies.

This small dog’s tail curls upwards and sits higher than its back and breeders normally dock it to medium length. It has a fine and silky coat that grows to be long and shiny. The fur on this dog’s head grows long as well and owners choose to either trim it short or tie it back with a clip or band to help the Parti Yorkie see.

As mentioned earlier, the Parti Yorkie is a toy-sized breed. When fully grown, the Parti Yorkie grows up to be 8 to 9 inches tall and weighs about just 5 to 7 lbs in weight. Some Parti Yorkies can be born to be larger or smaller than this, depending on its parents’ genes.

Parti Yorkies easily fit in nearly any bag and can be comfortably placed in small carriers. Thanks to its small size, the Parti Yorkie is easy to travel with.

Now it’s time to discuss the Parti Yorkie’s coat. Parti Yorkies, just like the traditional Yorkshire Terrier, has a long and silky coat that naturally falls straight down on either side of its back. Its coat notably grows long everywhere, including the muzzle, ears, and forehead.

Parti Yorkies have dominantly white coats that have markings of two other colors. These two other colors are usually brown or golden and black, blue, or silver. The brown or golden markings are normally found on the Parti Yorkie’s ears, forehead, and muzzle. The black, blue, or silver markings can also appear on the ears, forehead, and muzzle but will definitely appear on the dog’s back and tail.

Most Parti Yorkie owners normally groom their dogs to maintain a shorter coat length. Parti Yorkies normally only have full-length coats when they’re entered in dog shows to meet the AKC’s coat standards.

The Party Yorkie’s coat is long and straight and feathers around the neck, tail, and muzzle. This breed is known to have what appears to be bangs and they can make it difficult for the Parti Yorkie to see. This is why Parti Yorkie owners usually tie their dog’s bangs back to help it see and to prevent it from getting into food.

Take Care of a Parti Yorkie

Although the Partie Yorkie is a small breed, it’s a high-maintenance dog. These little dogs have long coats that need to be groomed regularly. They’re also prone to teeth and gum problems because they have small mouths. Partie Yorkies are meant to be with owners that can diligently maintain their grooming and dental care needs.

However, the good news is, it’s easy to provide Parti Yorkies with enough food and exercise. The Parti Yorkie only needs about a cup of food a day and just a few minutes of exercise. Partie Yorkies are great lapdogs that get along well with owners that don’t lead particularly active lifestyles.

The most difficult part of caring for a Parti Yorkie is grooming its fur. Parti Yorkies need to be groomed once a day because their long and fine fur can easily become matted without regular brushing. Since the Parti Yorkie has a long coat, it requires hours of brushing which can be time-consuming.

To save on time when grooming your Parti Yorkie, you can keep its coat short by cutting it yourself or having it cut by a professional groomer. If you decide to let your Parti Yorkie keep its full-length coat, you will need to brush it every day.

When bathing your Parti Yorkie, you should use a shampoo that is specifically for long-haired dogs. These shampoos are formulated to get rid of tangles and mats in your dog’s fur by effectively moisturizing it.

Below is a table comparing different brands of dog food to feed your Parti Yorkie puppy:

Below is a table comparing different brands of dog food to feed your adult Parti Yorkie:

The Parti Yorkie is prone to dental problems because it has a small mouth. Aside from grooming its fur, you will also need to regularly brush your Parti Yorkie’s teeth.

You can also provide your Parti Yorkie with water additives. Water additives are made up of a dental solution that gets rid of puppy breath, fights tartar, and lessens plaque in a dog’s teeth and gums. You should pour a capful of the solution into your dog’s water bowl once a day.

Parti Yorkies are best kept as indoor dogs and should spend most of their time inside with their families. You can provide your Parti Yorkie with enough exercise by taking it for short walks every day or engaging in active playtime.

You can also exercise your Parti Yorkie by teaching it tricks. Parti Yorkies are intelligent dogs and you can easily teach them tricks with some effort and positive reinforcement. Although Parti Yorkies love to play, they also enjoy having their brains stimulated by tricks, agility courses, and puzzle toys.

Below are some of the health issues commonly found in Parti Yorkies:

The symptoms of hypertension include sudden blindness, seizures, paralysis, increased drinking and urination, nosebleeds, and abnormal heart rhythms. Hypertension is normally diagnosed by vets through blood tests and monitoring your dog’s heart rate.

The treatment for hypertension depends on whether it has an underlying cause or not. Hypertension can make your dog develop other serious complications which means your dog will need to be hospitalized. Once your dog is stabilized, it will be prescribed maintenance medicine and a diet that helps normalize blood pressure.

Tracheal collapse is a condition wherein a dog’s trachea, or airway, closes, making it difficult for the Parti Yorkie to breathe. It normally develops as a dog ages and is caused by a defect or the weakening of the dog’s trachea.

The symptoms of tracheal collapse include difficult breathing, wheezing, coughing, blue gums, and fainting. It’s important that you observe your Parti Yorkie as it gets older because it’s better to catch tracheal collapse early on. If left alone for too long, tracheal collapse can quickly become dangerous, and even lethal for your dog.

Treating tracheal collapse is usually treated with medication and weight management. If your vet diagnoses your Parti Yorkie with tracheal collapse, it will be prescribed medicine to reduce the inflammation in your dog’s airway. Managing your dog’s weight will also help make it easier for it to breathe.

In more extreme cases, some dogs are given what’s known as an intraluminal stent. It is placed by a vet through a simple procedure and it has been found to vastly improve the condition of dogs with tracheal collapse. Thanks to this procedure, surgery is hardly needed to treat tracheal collapse.

The symptoms of patellar luxation include limping, shaking the affected limb, and bow-leggedness. It is diagnosed by conducting a physical exam and will be confirmed once your vet conducts an x-ray.

Surgery for treating patellar luxation will be one of the following types of procedures:

The Parti Yorkie is a small and adorable dog with a gorgeous coat and wonderful personality. I’ve met a few Yorkshire Terriers in my life but I have never seen a Parti Yorkie. Their tri-color coats make them more unique and give the Yorkshire Terrier a whole new appeal.

It’s saddening to know that there are breeders who euthanized puppies simply because they have coats that are different than what’s considered normal. Those poor puppies didn’t choose to have the coat colors that they did, and they certainly deserved to have loving families.

Personally, I have a love for small dogs because they’re so much easier to take care of than larger dogs. However, the Parti Yorkie does prove to be a higher maintenance dog thanks to its long and shiny coat and tendency to have dental issues. It’s important to take the Parti Yorkie’s grooming and dental care needs seriously because ignoring these needs can lead to serious health problems and make it difficult for the Parti Yorkie to have a comfortable life.