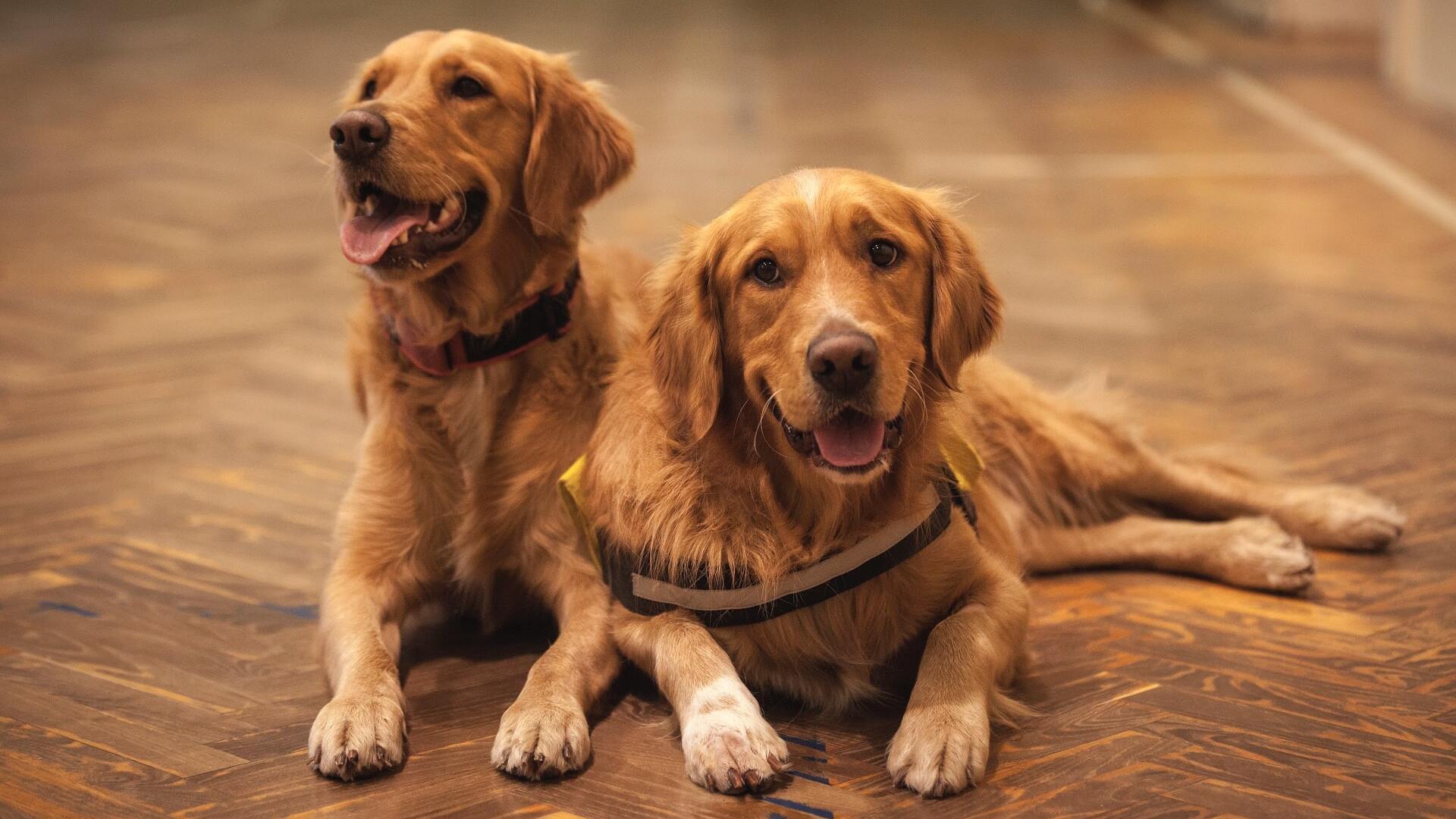 Thinking about getting a Golden Retriever, but not sure whether to get a male or a female one? Let’s look at some of the major differences!

Male Golden Retrievers are larger and heavier than their female counterparts. They have a thicker coat and they’re harder to train because they lose interest easily. Females are calmer because they mature faster than males. Both genders have the same life expectancy, but females are more prone to certain diseases.

In this article, I’ll explain the differences between a male and a female Golden Retriever, so you can decide which one to get. I’ll talk about some important differences between their physical attributes and personalities. I’ll also discuss which gender of the Golden Retriever is more receptive to training. Hopefully, by the end of this article, you’ll have figured out which gender to buy!

Differences in the Physical Attributes

These are some of the most easily recognizable physical differences between a male and a female Golden Retriever. They’re not that important, but they might end up influencing your final decision.

Male Retrievers also weigh more than female ones. The former weigh about 75 lbs (or about 34 kgs), while the latter weigh anywhere between 55 and 65 lbs (24-29 kgs).

You can see that there isn’t a huge difference between the physical attributes of male and female Golden Retrievers. In fact, if you looked at a picture of them side-by-side, you wouldn’t even be able to tell which is male and which is female! Perhaps, the most obvious difference is between their coats, with the coat of males being much thicker than that of females.

Alright, let’s talk about the fun part. Their personalities! This is where they differ the most. These differences are subtle, but they could help you decide which gender to buy.

Attention-seeking behavior is common among dogs, but male Golden Retrievers tend to exhibit it more often than other dogs, and especially their female counterparts. I have personally met people who complain that their male Retrievers won’t stop begging for their attention.

This may sound cute and appealing if you’re like me and you like to spend all your time with your dog, but it can be problematic for the dog. They can develop anxiety and depression if you don’t give them enough attention.

Male Golden Retrievers worship their pack leaders – an ancestral survival trait that they still have. This explains why they constantly seek the affection of their owner.

Female Golden Retrievers, on the other hand, have a calmer personality and they’re not always fighting for your attention. This could have something to do with the fact that females age mentally faster than males.

They mature more quickly and unlike male Retrievers, they don’t show signs of distress if you don’t give them enough attention. Females are also more independent than males since they’re not trying to please their owners all the time.

This difference isn’t as prominent as other differences that I’ve mentioned in this article, but I believe it’s still worthwhile to point it out. If you’re out on a walk with a male Retriever, they’re going to stop after every few minutes to pee and mark their territory.

This behavior is especially common in non-neutered male Retrievers. They may show signs of aggression when they see an unfamiliar face, so maybe it’s a good idea to keep them on a leash when someone visits you. Male dogs that are neutered at an early age don’t display territorial behavior and they don’t lift their legs while peeing.

What this means is that you can leave female Retrievers with your kids without worrying about any accidents happening. Their calming nature allows them to have fun with children in a more gentle manner. Male Golden Retrievers can become a little incognizant of their surroundings when they’re having fun because of how hyper they get.

This isn’t to say that you can’t let a male Golden Retriever play with your children. As long as you train them well, there shouldn’t be any problem.

While both genders have the same life expectancy, female Golden Retrievers, especially ones that have been spayed, have a higher risk of developing certain diseases.

Since males are clingier than females, you might think that they’re easier to train, but it’s actually the opposite. Females are much easier to train because males have a hard time staying interested in an activity. The latter have a short attention span and they have a tendency of getting hyper. You would have to give them a lot of treats in order to keep them interested and focused on whatever you’re teaching them.

Female Retrievers learn tricks and commands faster, but you have to keep in mind that if the trainer isn’t experienced or assertive enough, they’re going to find it difficult to train either gender.

If you need a dog that’s easy to train, then get a female Golden Retriever. Regardless of the gender, as long as you use positive reinforcement, you’ll be good to go.

There you have it. All the major differences between a male and a female Golden Retriever. Males are 3-4 inches taller than females and they weigh 5-10 kgs more. They have a thicker and denser coat, which is easily the most recognizable difference between the two.

Males tend to mature more slowly than their female counterparts which is why they have a more playful and clumsy personality. They exhibit excessive attention-seeking behavior and can get anxious if they’re not given enough attention. Females are usually more independent and less clingy.

Both genders have the same life expectancy and there’s not a major difference between the health issues they experience, but females are more at risk of developing certain illnesses. Females are easier to train since they don’t lose interest as easily as males, but training either gender shouldn’t be a problem as long as you’re using positive reinforcement and spending enough time with them. These differences aren’t huge, but hopefully, you’ll have decided by now which one to buy. Just remember that in terms of cuteness, they’re both the same!