Skip to content
Home › Dogs › Do Corgis Have Tails? 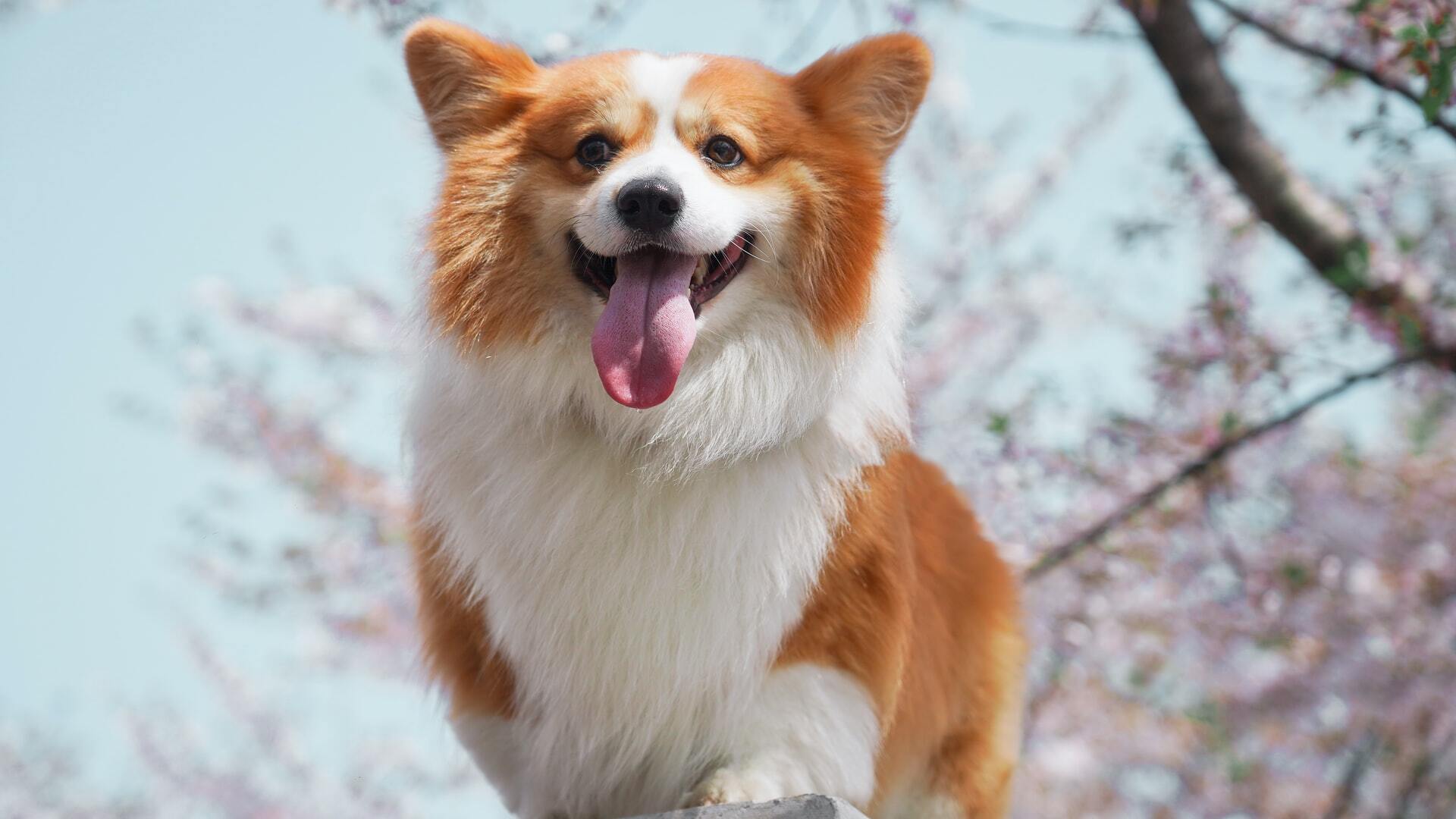 Everyone knows that Corgis have fluffy skin all over. But do these adorable loaf-like dogs have tails? Find out here!

Corgis do have tails. They can be full-tailed, bob-tailed, or without any tails depending on the owner’s preference. However, tail-docking is a widely frowned-upon practice. Tail-docking is the process of shortening or removing a dog’s tail for aesthetic purposes.

As you read further, you will learn about whether or not corgis are a tailed breed. You will also learn the difference between a Cardigan Corgi and Pembroke Corgi. Next, you’ll learn about the history of tail-docking and its pros and cons.

Are Corgis a Tailed Breed?

Evolution has produced Corgis that are genetically predisposed to a bobtail, rather than a full-tail. Breeders know that to produce a bob-tailed Corgi offspring, at least one of the parents needs to carry that specific dominant gene. Both parents cannot carry this dominant gene because it would result in a lethal mutation and death of the embryo-Corgi.

The recessive long tail-gene, therefore, cannot be eliminated. Hence, Corgis, by nature are supposed to have tails.

As a tailed-breed, Corgis can either be a Cardigan or a Pembroke. Many historians believe that all Corgis started as Cardigans and later on bred to become Pembrokes. True enough, after this type of in-breeding, Pembrokes became naturally-born bobtailed Corgis and have become well-differentiated against Cardigans. Some can even be born tail-less, which makes them automatically a Pembroke.

What is the Difference between a Cardigan and Pembroke Corgi?

The American Kennel Club (AKC) is the official registry of purebred dogs in the United States. As such, it dictates which type of Corgi can get listed and recognized and it chose to make Pembroke’s nubbed tail the breed standard. In other words, all Cardigans cannot be registered in AKC, unless their tails are surgically removed into a stump in a process called docking.

The irony is that Pembrokes are usually born with stiff bobbed tails and the tail has to be docked into no more than 2 inches to conform in the AKC registry. Cardigans don’t have long flashy, flowing tails like Labradors, but the moderate-sized tail will tend to be low-hanging and inconspicuous.

Did the Queen of England Prefer Cardigans?

The only thing as popular as Queen Elizabeth is her Corgis. Media coverages show the Queen’s Corgis to have tails intact and wagging wildly behind their ultra-short legs. Some argue that tailed Corgis are not a specific preference of the Queen. People believe that the Corgis owned and bred by the Queen have also evolved and at some point, some of her dogs may have been bob-tailed after all.

It is also possible that the older, bob-tailed Corgis were acquired before the UK banned tail docking in the Animal Welfare Act of 2006. The Queen of England is personally drawn to her royal Corgis, it hardly matters if they are tailed or nubbed.

The History of Tail Docking

Older generations of Corgis, tailed as most of them were, were herd dogs. It was assumed in those days that a bothersome tail can get caught in cow’s feet during herding, hence, making the tail a liability. Others felt that an ultra-short stump will make up in speed for a dog with short, stubby legs.

Thus began a tradition of “going by the look”. Docking was performed early in the life of the puppy, as early as two days post-birth but not usually exceed more than a week. The idea was to perform the surgery as early as possible so that the patient will not be traumatized later on in life.

Even in modern times, where and when such procedure is decided upon by a breeder or veterinarian, docking is still performed with no or only a small amount of anesthesia, using scissors or a scalpel, then sutured or glued appropriately.

The same arguments can be told of situations like ear-cropping or ear-shaping in dogs, just because the upright ears look snappy and attentive for dog shows. A more extreme comparison can be seen among dogs whose incisors were removed, for both cosmetic and safety reasons. The downside in teeth removal is changing a dog’s bite and disabling the dog to enjoy the natural incongruence of food.

This fueled the ongoing debate of whether docking was entirely a cruel act and should be banned, or should be maintained as a breed standard for merely cosmetic reasons. Many believe that dogs’ tails shouldn’t be docked because it isn’t necessary. Having a tail doesn’t affect a dog’s health and so removing it simply puts the dog through an unnecessary and painful procedure.

The Pros and Cons of Tail Docking

Advocates of tail docking reason out that a puppy’s nervous system is not fully developed at the time of the procedure, hence arguments about cruelty due to inflicting harm and pain were unfounded.

Opposers of tail docking claim that this is an animal welfare issue. They stick to their gut feel that subjecting the young to pain and shock, as you would a human baby, is unnecessary and inhumane.

To date, tail docking is still widely practiced in the United States. On the flip side, countries like the UK, Wales and, Australia have banned tail docking since the early 2000s, for medical reasons. In the UK, only working dogs were legally permitted to be tail-docked but for the majority of Corgis being companion dogs, tail docking was already outlawed.

There is also a common misconception that dogs need to have their tails docked because they are prone to certain diseases or infections that occur in the tail. This is untrue and there is no such thing as an illness that occurs in a dog’s tail. The truth is, pet owners want to have their dogs’ tails docked purely because of aesthetic preferences.

Docking a dog’s tail is painful and can even affect the development of their ability to balance themselves. Dogs need their tails while they grow because it helps them center their gravity and walk. You will find that puppies with docked tails take longer to learn how to walk compared to puppies with their tails intact.

Is it Possible to Own a Full-tailed Pembroke Corgi?

If you live in the United States, it is difficult to find a full-tailed Pembroke from breeders. The only probable way to find a full-tailed Pembroke Corgis to find one from breeders that produce puppies that are born from non-show dog parents. The fact remains that one needs to have a naturally tail-less or tail-docked Corgi to qualify for an AKC registration up to this time.

Having a pet for me is like family. I would be too queasy and emotional, talking about anything that might harm or disfigure my dog, even if we were to go back in time when he was still newborn. My thoughts linger on how dogs, and animals in general, have been proven in many studies to have real thoughts and raw emotions.

I wonder why I don’t see sad Corgis. Maybe it’s because they are practically a happy bunch of dogs, tailed or not. My take is that Corgis are identified more by their stocky build, their big sonar-looking ears and, their short, stumpy legs that could outrun your kids. If the Corgi could talk, I would give him the to choice to decide whether he wants to be tailed or stumped.

I think it’s funny that they always portray Corgis to have big butts and then you’d only notice in hindsight that that tail may have been docked in his early life. I hope that where tail docking is still in practice, people can make up for doing this by providing a better, more comfortable life for the Corgi.