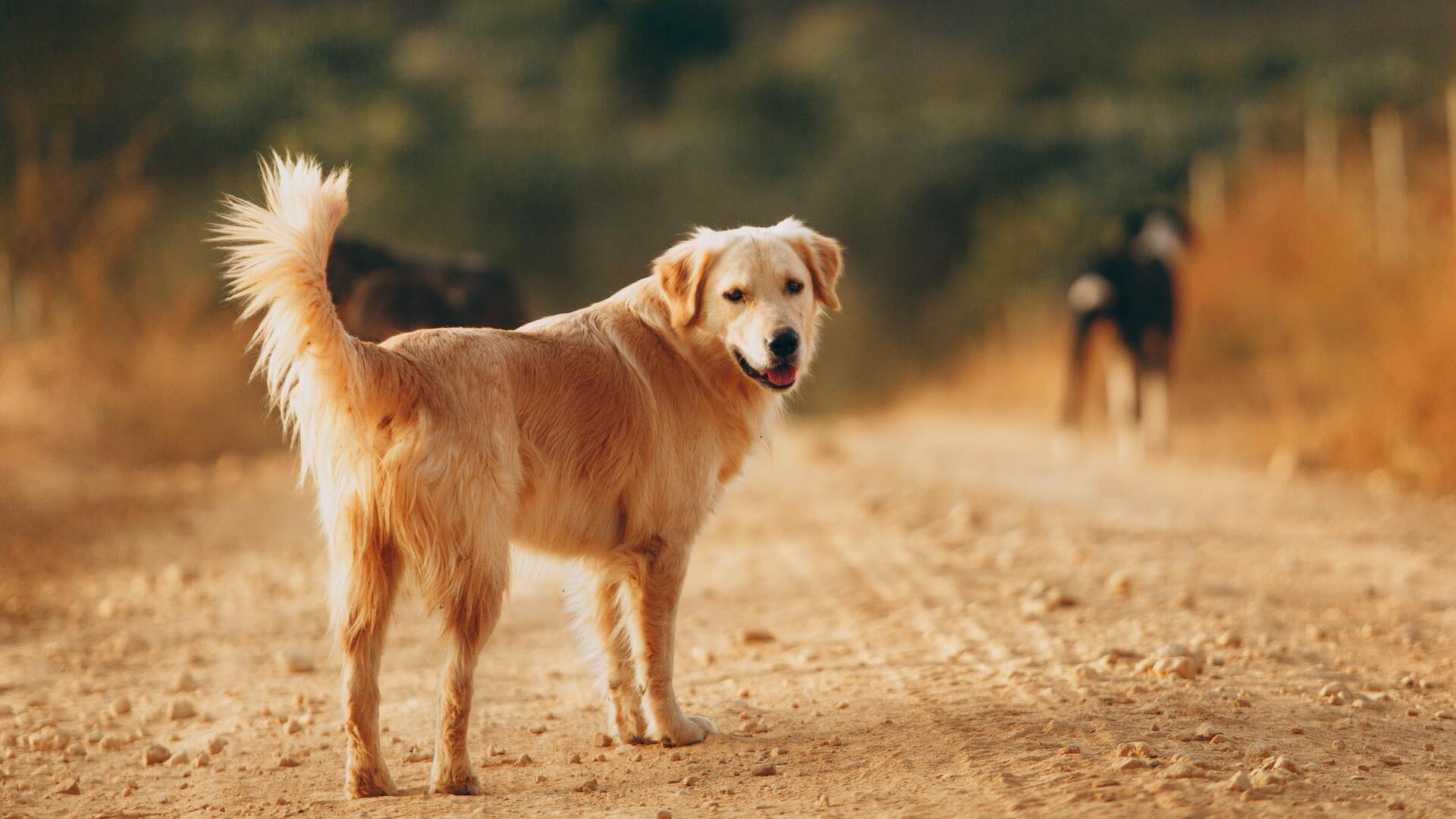 Wondering if your Golden Retriever will protect you if you’re ever in danger? Find out the answer in this article!

Golden Retrievers have almost all the qualities of a good guard dog. They’re loyal, obedient, protective of their owner, and big in size. However, they can be too friendly and affectionate, even to strangers, and their protective nature can extend to people they don’t know.

Qualities of an Ideal Guard Dog

Good guard dogs should have the following qualities:

Golden Retrievers have some of these qualities since they were bred for hunting and retrieving, but the ones that they don’t have can be taught to them by an experienced trainer. Below are the qualities that they already possess and don’t need to be trained for:

All dogs are loyal if you give them enough love, but the Golden Retriever is one of the most loyal dog breeds that exists. Goldens just can’t stand seeing their owner in pain and will do anything to keep them safe and protected if they feel they are in danger. They’re not just a good guard dog, but also a good friend.

Golden Retrievers Have a Protective Nature

Usually very quiet, Golden Retrievers bark a lot when they think their owner is in danger. They will sometimes growl to let their owners know of any threat. You have to pay attention to the sounds they make, though, because sometimes growling can mean they’re in pain.

Golden Retrievers are always eager to please their owners. They’re highly receptive to training which is why it’s common to see them working as different types of service dogs.

Golden Retrievers Are Full of Energy

Historically, these dogs were bred to retrieve shot small game birds so they had to be active and alert. As a result, they’re now considered one of the most energetic dog breeds in the world. An ideal guard dog needs to be active so that they can always be on the lookout for any potential danger and Golden Retrievers are great at that!

On the American Kennel Club website, they’re listed as one of the 15 most active dog breeds. These dogs require at least an hour of exercise every day, otherwise, they can get lazy. If you want your Golden to be a good guard dog, then make sure they’re getting their daily exercise.

High intelligence and high receptivity to training in dogs go hand-in-hand. The more intelligent a dog is, the easier it will be to train them. Golden Retrievers usually learn new tricks or commands with less than five repetitions.

When trained properly, Golden Retrievers will be able to distinguish between potential intruders and friendly visitors, which means they won’t start barking at your friends when they are visiting you (unless they’re breaking into your house, in which case you should get new friends).

From the qualities written above, it may seem as if the Golden Retriever is the ideal guard dog. They’re great at protecting their owners and are extremely loyal and full of energy. What more do you want from a good guard dog? Well, there are a few qualities that make them a bad candidate for a guard dog.

Their over-friendly disposition can be toned down with the help of the right training methods. You have to teach them to bark when they see someone they have never seen before. If you don’t train them right, they won’t be able to tell a friendly visitor apart from an intruder and will end up licking the intruder instead of barking at them.

They’re Protective of Everyone

I mentioned above that Golden Retrievers have a protective nature and it makes them a good guard dog. They’re actually protective of everyone, not just their owner. Being too friendly and affectionate means your Golden is going to be compassionate to anyone they think is in trouble and they’re going to try to protect them, even if they’re a threat to you.

You have to teach your Golden to take commands only from you. An intruder can easily take advantage of a Golden Retriever’s friendly nature, so you have to make sure that your Golden always stays by your side when you’re in danger.

These two qualities don’t completely disqualify Golden Retrievers from being a good guard dog, but they do make the training process a bit challenging.

In conclusion, Golden Retrievers have most of the qualities of a good guard dog, but they have to be trained in order to become the perfect guard dog. An ideal guard dog should be loyal, obedient, large, athletic, and active. Golden Retrievers possess almost all of these qualities. They’re not large, but their medium-sized bodies are good enough to keep people safe.

Golden Retrievers are highly intelligent dogs and they learn tricks and commands fast. They have a protective nature and if you train them right, they’ll bark to let you know of any imminent danger.

They can be overfriendly, though, and this can make it difficult for them to stay focused when they’re trying to protect you from danger, but this is something that can be fixed by an experienced trainer. All in all, they’re great guard dogs and you should definitely get one!