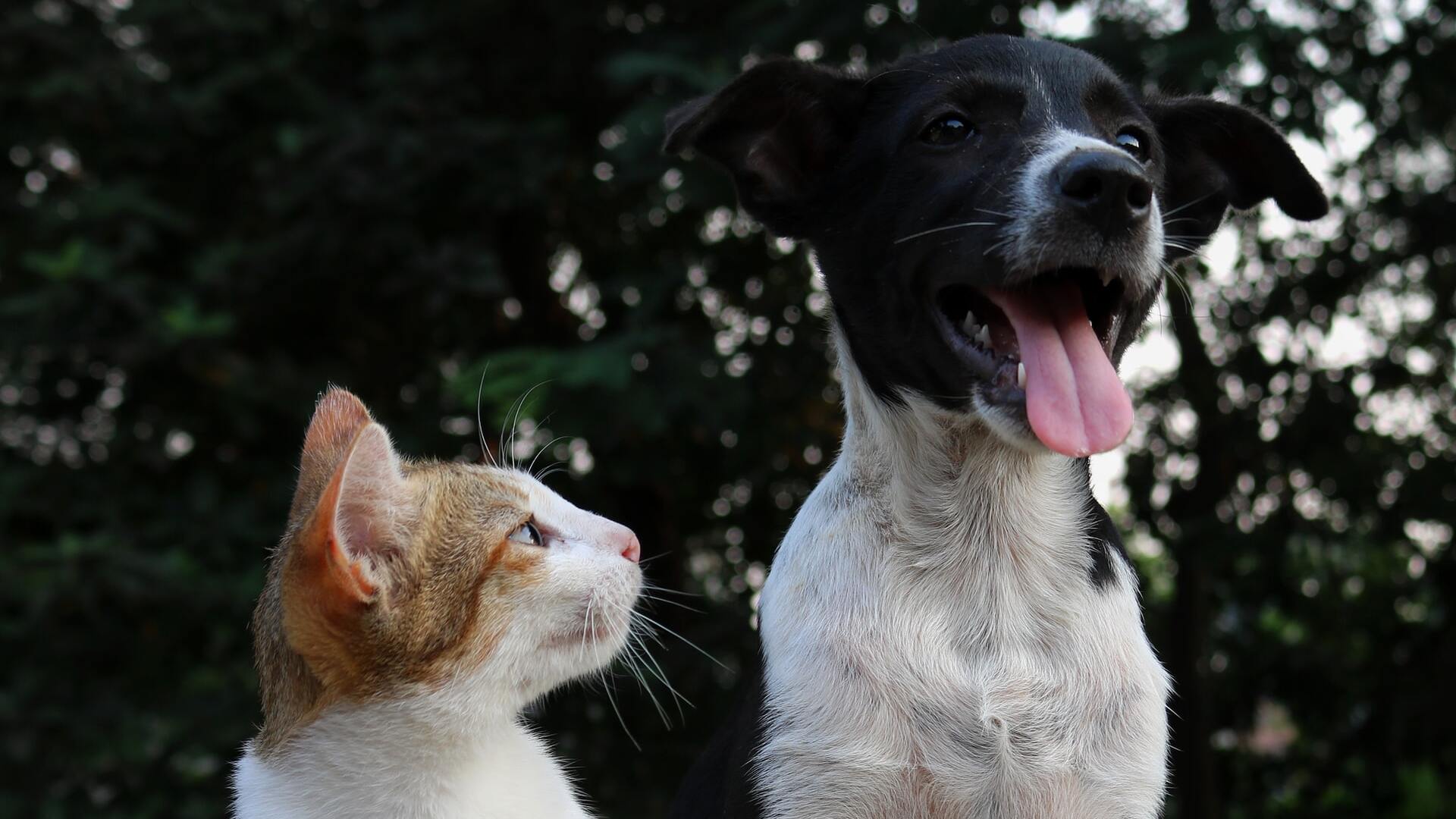 Not sure which animal is more dangerous? Everyone knows how evil cats can be but are they safer than dogs? Let’s find out in this article.

Both dogs and cats can be dangerous, but cat bites are more dangerous than dog bites because cats have sharper teeth that can easily penetrate the skin and cause infections. However, cats are smaller than most dogs, which means it’s easier to handle an aggressive cat than an aggressive dog.

In this article, I’ll explain why cat bites are more dangerous than dog bites. It’s generally believed the latter are more harmful, and in this article, I’ll talk about why that’s false and why it’s still a widely held belief. You’ll also find out why cats pose more risk to infants than dogs. Finally, I’ll talk about how dogs can sometimes be more dangerous than cats because of their large size.

Everyone knows about the dangers of dog bites. Even people who have never owned a dog know that dog bites can lead to infectious diseases. According to a report by the American Veterinary Medical Association, More than 4.5 million people get dog bites in the U.S. every year. If you turn on the TV, it won’t take you a lot of time to come across a channel showing an aggressive dog biting a defenseless and helpless human.

Why don’t we hear about cat bites on the TV as often? It’s true that cat bites are not as common as dog bites, but the truth is, you’re more likely to get sick after a cat bite than a dog bite. In fact, a study by Mayo Clinic that lasted three years showed that 1 in 3 people had to be hospitalized after a cat bite and two-third of those people required surgery to have the infection treated.

Dogs have larger and stronger jaws than cats and they have more bacteria in their mouth, but cats’ teeth are sharper and they can easily penetrate the skin and damage the muscles and tissues, causing the infection to set in immediately. You can become infected even if cats don’t bite too hard because of how sharp their fangs are.

The problem doesn’t just end there. People are more afraid of dog bites than cat bites and when someone is bitten by a dog, they waste no time in going to a hospital. When cat bites occur, however, people are more likely to treat the wound at home because they’re unaware of the dangers of infections caused by cat bites. When was the last time you heard of someone going to the ER because of a cat bite? Probably never, because people rarely go to the ER when they are bitten by cats.

Cat bites that occur around the wrist, joint areas, or a gland tend to have a higher chance of causing infections than cat bites on or around other parts of the body. Bacteria transmitted through the bite of a cat have a strain that’s hard to treat with antibiotics, which makes treating the infection in humans a bit complicated.

Many people seem to believe that cats are calmer than dogs (and those videos and articles about aggressive dogs biting people only feed that belief), but as someone who has owned both dogs and cats, I’ve found it much easier to take care of dogs. My dogs are a lot more gentle and friendlier, and most importantly, they don’t bite my hand when I’m giving them treats (seriously, why do cats do that?).

Dogs Can Be Dangerous Too

Dogs consider their humans to be a part of their “pack” and will never attack them. Domesticated cats, as explained above, can exhibit sudden aggression no matter how friendly they seem. However, as long as you treat your dog with love and care, they’ll never attack you.

Around strangers, however, dogs can show signs of aggression and pose a risk. Most well-mannered dogs will just bark and not attack anyone, though. Small dogs are usually not a threat as they’re too scared to attack humans, but large dogs can easily take down people and even kill them. Dogs that have been abused are more likely to bite people than dogs that are brought up with love. Dogs are much stronger than cats and if they decide to pounce on someone, it’ll be very hard to get them off of them.

Cats are smaller in size than most dogs, which makes it easier to handle them in case they start getting aggressive. You’d have a very hard time keeping a large dog under control in case they start displaying signs of aggression. Cats generally bite and then stop because they know they’re smaller than us. Most dogs, on the other hand, will continue to attack if they feel threatened, and let’s be honest, if you came across a stray cat in your neighborhood, you wouldn’t feel scared and chances are, you’ll try to pet them. If you came across a stray dog and you’re not familiar with dog behavior, you’ll most likely try to avoid them.

The purpose of this article is not to convince you to buy a dog or a cat, but to help you become more aware of the dangers both animals have and to become a more responsible dog or cat owner. They both have their risks, but you’re more susceptible to getting sick because of cat bites than dog bites. Feline fangs are much sharper than canine teeth and the bacteria that are transmitted through cat bites can make treatment in humans difficult.

Dogs are generally safer to leave with infants than cats because cats are much more likely to become aggressive. When dogs are trained properly and are treated with love, they’ll never attack anyone. They consider their owners to be a part of their pack and the most they’ll do when they come across a stranger is bark at them.

Large dogs, however, are capable of killing people, and dogs that have been abused won’t hesitate to bite if they feel threatened. Cats are smaller than most dogs and even if they do decide to attack someone, it’ll be very easy to get them off of the person, but large dogs are strong and heavy, and it’s not as easy to keep them under control when they’re being aggressive. In conclusion, they can both be dangerous, but dogs can be trained and if you raise them with love, there’s very little chance they’ll pose any threat to anyone.